As the joke would go, it was a 60 foot shark, it could eat whatever it wanted. But, what does the fossil record show that the Megalodon really ate?

Fossil evidence shows that the Megalodon primarily fed on large marine mammals including whales, dolphins, sea lions, dugongs (sea cows), as well as sea turtles and large fish. Younger Megalodon sharks probably concentrated on smaller prey, while a 60 foot adult Megalodon would have been able to prey upon larger whales.

How much did it eat?

Based on comparisons of it’s body size and likely behavior, an adult Megalodon shark may have needed up to 2,500 lbs of food per day. That’s like eating 1 ½ cows per day! 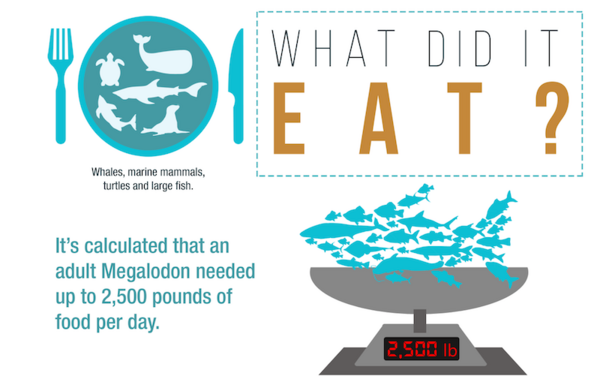 View the our Megalodon Infographic for more awesome facts.

Not only due fossil bones of whales often bear the scars of Megalodon feeding but Megalodon teeth very frequently show feeding damage. It’s not uncommon for it’s teeth to be found with sheered off tips and nicks to the blade that would have been caused when they hit bone. It’s estimated that an adult Megalodon may have been able to bite down with up to 40,000 lbs of bite force, by far the strongest known bite of any animal.

Like all sharks, the Megalodon rapidly replaced broken or worn teeth. It had 4 or 5 rows of teeth in it’s mouth which acted like a conveyer belt, replacing damaged or missing teeth within about 48 hours. An adult Megalodon shark, probably would have gone through several thousand teeth in it’s lifetime.   This is one reason Megalodon teeth are so common in the fossil record. 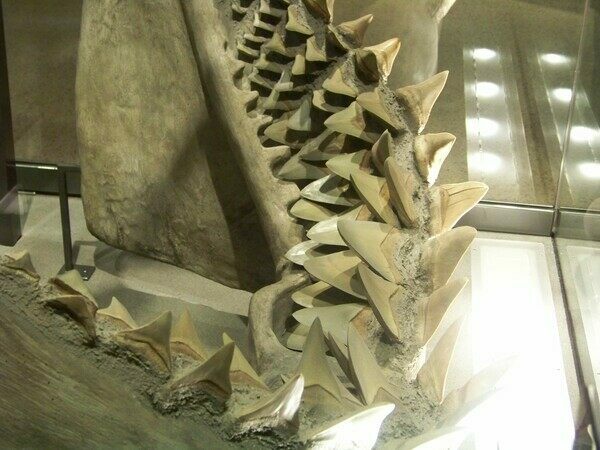 Reconstructed Megalodon jaw showing rows of teeth that would act as replacements for damaged teeth.

One of the things Megalodon lacked was a refined, high-level strategy for attacking and killing its prey, but its attacks were effective, and that was what mattered. In some of the cetaceans that have been studied, compression damage is seen. That indicates a massive impact from below, and leads to the scenario that Megalodon would approach whales and other prey from below, so it would not be seen. Then, it would shoot up toward its prey at very high speed and slam into it. 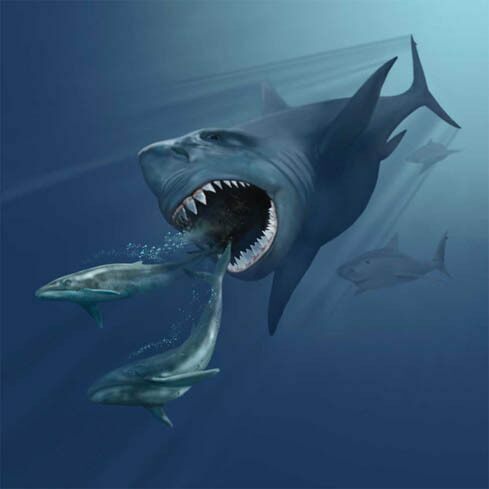 That usually resulted in the prey ending up in the Megalodon’s jaws, but if that didn’t happen, the prey was too stunned from the hard impact to swim away. That gave Megalodon time to get in another bite, which generally killed his prey. Some fossils show vertebrae damage but also that the damage healed, so there were some survivors of these kinds of attacks. Megalodon was not always victorious.

A common area targeted by Megalodon was the rib cage. Because he had strong teeth and a lot of bite force, striking the rib cage meant a crushing blow that could damage the internal organs of its prey. That caused big injuries that the prey could not survive and gave Megalodon the best chance to get a meal. Some Megalodon fossils show teeth that have compression fractures. Those would probably not have happened if Megalodon had not been biting into bone when it attacked its prey. Of course, there were some animals that Megalodon went after that were just too big to bite into, such as large whales. In those cases, Megalodon had to try a different strategy. 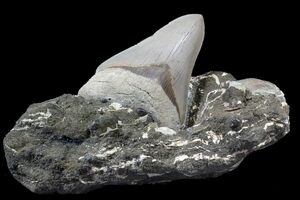