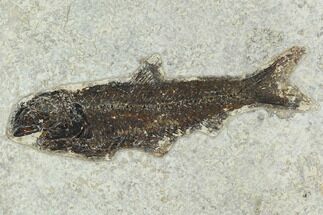 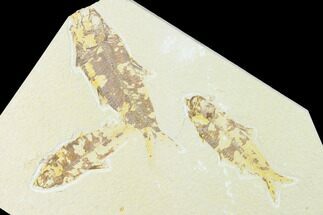 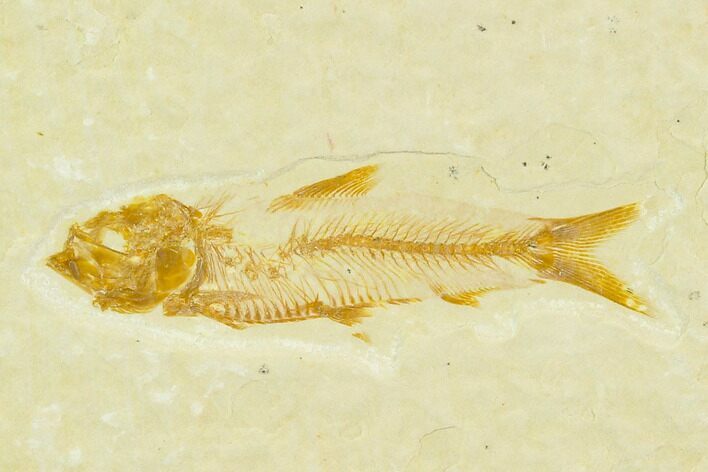 This is a 1.05" long fossil fish (Knightia) from the 18 Inch Layer of the Green River Formation of Wyoming. It is well preserved and shows bones and fin rays. 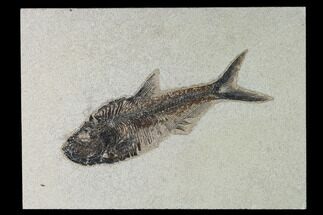 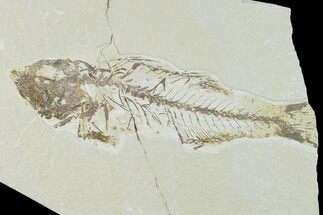 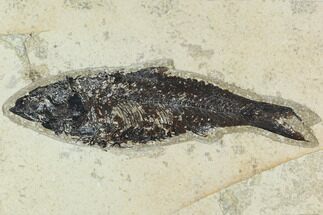 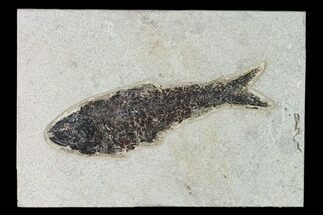