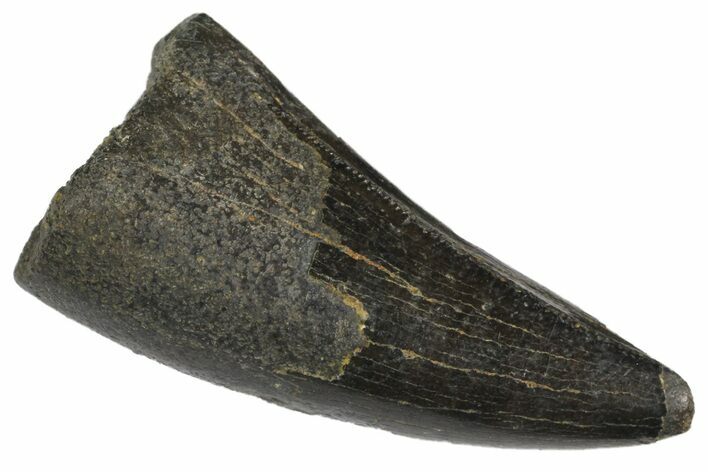 This is a 1.16" Tyrannosaur premaxillary tooth from the Two Medicine Formation. It was collected this past summer from our partners private quarry in Pondera County, Montana. This formation is approximately 70 million years old, or about 5 million years old than the Hell Creek Formation which produces T-Rex.