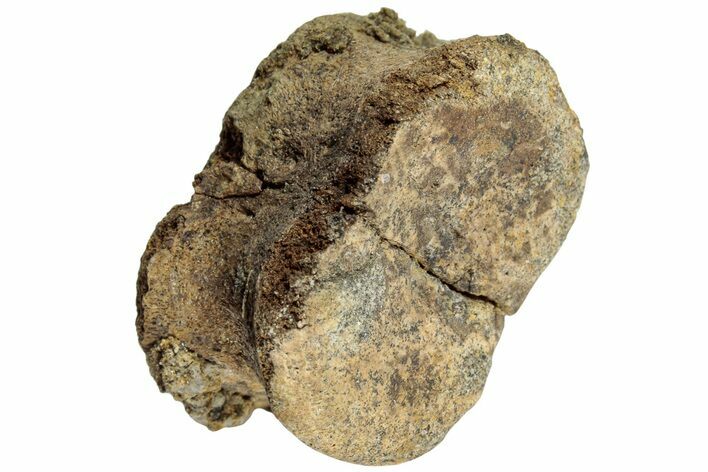 This is a 1.2" wide caudal vertebra (distal tail) centrum of a hadrosaur (Edmontosaurus annectens) from our partner's lease on the Lance (Creek) Formation in Wyoming.

There is some weathering and a repaired crack through the middle of the centrum. Everything superior to the pedicles weathered away and wasn't recoverable.