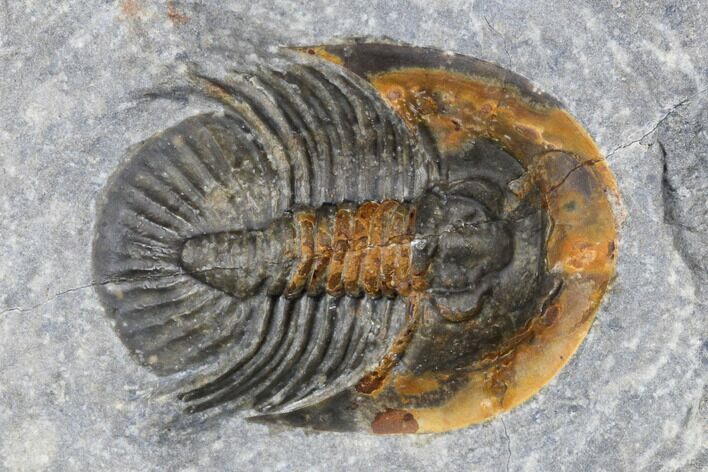 This is a fairly scarce type of Proetid trilobite (Tropidocoryphe) from Morocco. It comes from the quadrops "couche" on Mount Issoumour. This specimen is laid out nice and prone and is 1.25" in length. It's hard to come by specimens this nice of the species.