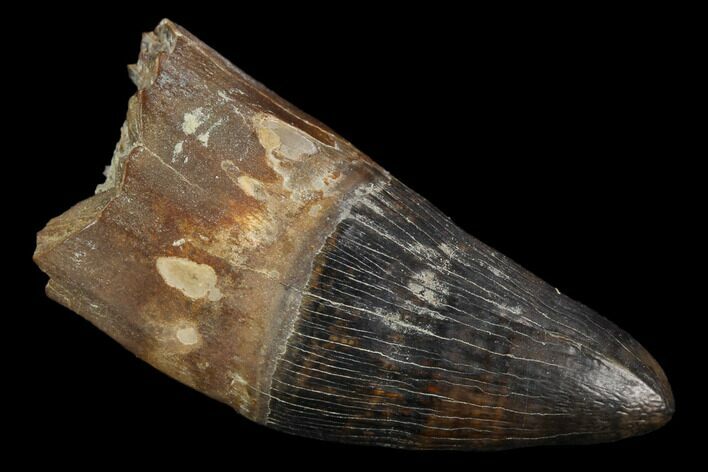 This is a very nice 1.3" long, rooted, fossil crocodile (Deinosuchus) tooth from the Aguja Formation of Texas. There is one small are of missing enamel. Overall this tooth is in amazing condition. There is little, if any wear at the apical (tip) and mesial (front) and distal (back) ridges are visible. This tooth includes a section of root in very good condition.

This specimen was collected within the past year on private deeded property in Brewster County, Texas. You won't see any other dinosaur material from the Aguja & Javelina Formations for sale because nearly all of the formation lies within the boundaries of a national park or in Mexico which can not be collected. One of our partners was lucky enough to purchase several hundred acres of ranch land in Texas containing a good exposure of these formations and we will be offering more material from the locality in the future.
FOR SALE
$495
DETAILS
SPECIES
Deinosuchus riograndensis
AGE
Late Cretaceous, Maastrichtian Stage 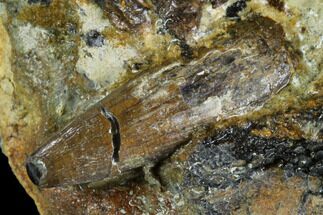 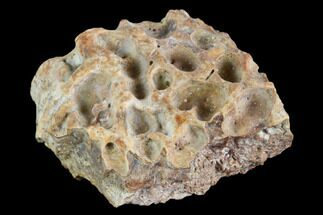