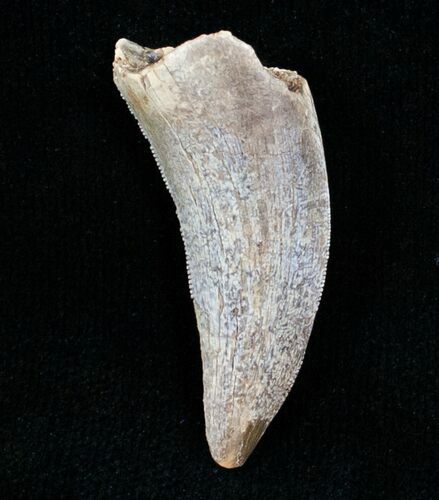 This is a nice sized tooth from the tyrannosaurid dinosaur Albertosaurus. It was from the Upper Cretaceous Two Medicine Formation (Judith River Group) of Montana. The tooth tooth itself is 1.37 inches in length (straightline measurement) It has a natural white colored enamel preservation (the enamel is not missing) Some slight feeding damage to the tip and about half of the serrations are present.