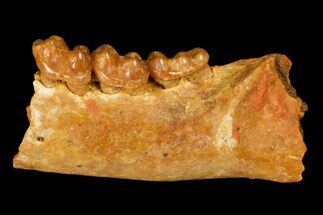 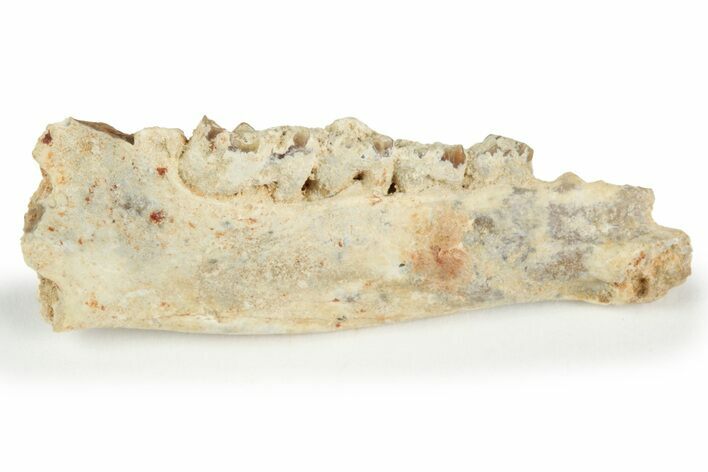 This is a 1.38" wide portion of the lower jaw (mandible) from an Oligocene ungulate (plesiomeryx). The bone contains 4 teeth.

Plesiomeryx was a genus of small herbivorous ungulate. They were in the artiodactyl family, related to modern camels, deer, and giraffes. In spite of this, the small size and limb morphology of Plesiomeryx suggests that it moved more like extant rabbits, hopping along at high speeds. However, based on trace fossils attributed to the Cainotheriid family of which Plesiomeryx belongs, most scientists now believe that their locomotion was similar to modern ruminants. They were small generalist herbivores, likely nibbling on anything leafy in their habitats.

The Artiodactyls are a group of mammals often called "even-toed" ungulates. They are called such because modern members of the group support their bodies on enhanced third and fourth digits (fingers), ending in hooves. Their first, second, and fifth digits are often reduced or nonexistent in modern species, however many extinct and fossil species retain five-toed feet. All artiodactyls, with the exception of whales and their ancestors, are herbivorous.