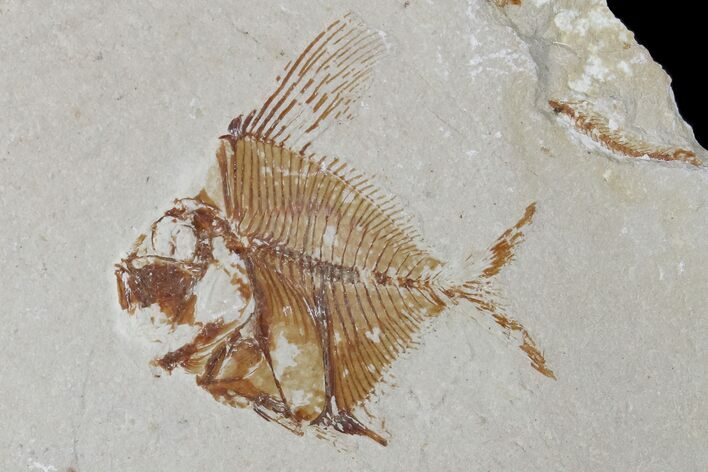 This is an nicely preserved, 1.4" wide fossil fish of the genus Aipichthys, collected from the Upper Cretaceous marine deposits near Hakel, Lebanon. The rock split perfectly during collection, resulting in this beautiful positive/negative specimen. Both halves of this split are included.

Aipichthys was a small, very flat fish whose body was almost as high as it was wide. Given the body shape Aipichthys, certainly could not swim very fast, and would have wandered through the rocks on the sea floor. There are no living relatives to Aipichthys as the line died out in the Upper Cretaceous. 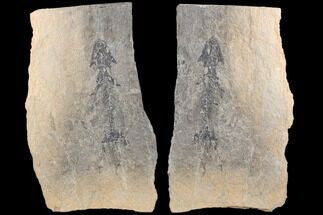 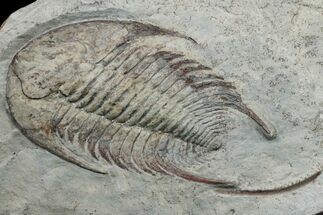