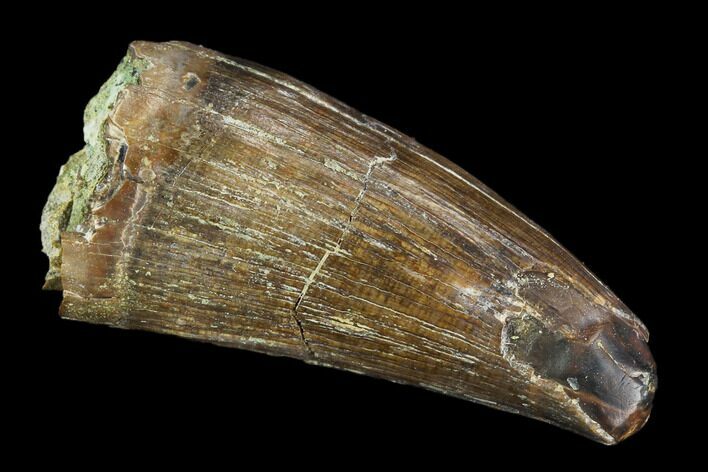 This is a rare, 1.4" long tooth of the massive, Cretaceous crocodile Deinosuchus riograndensis. It was collected last year from the Aguja Formation in Brewster County, Texas. t shows wear at the tip, that likely occurred as a result of feeding.

This specimen was collected within the past year on private deeded property in Brewster County, Texas. You won't see any other dinosaur material from the Aguja & Javelina Formations for sale because nearly all of the formation lies within the boundaries of a national park or in Mexico which can not be collected. One of our partners was lucky enough to purchase several hundred acres of ranch land in Texas containing a good exposure of these formations and we will be offering more material from the locality in the future.
FOR SALE
$625
DETAILS
SPECIES
Deinosuchus riograndensis
AGE
Late Cretaceous, Maastrichtian Stage