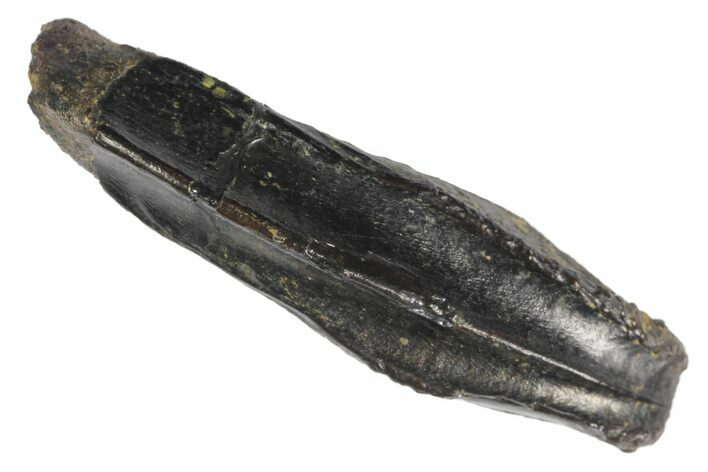 This is a 1.4" long, fossil hadrosaur tooth collected from the Two Medicine Formation of Montana this summer. It is a particularly large and nicely preserved Hadrosaur tooth for the location. There are several described hadrosaurs in the formation but most of the material in the quarry is from Hypacrosaurus, so that is a likely candidate.