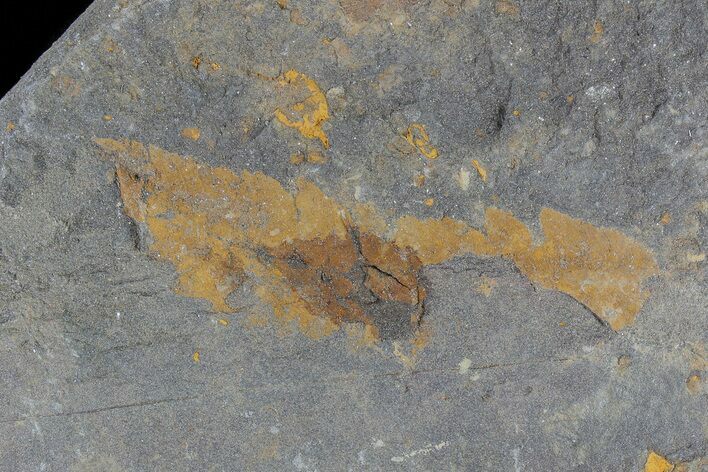 This is a very interesting, Ordovician aged soft-bodied fossil from the Kataoua Formation of Morocco. I believe it's is likely the enigmatic arthropod, Duslia, but all of the specimens I acquired are much more elongated while all the pictured/described specimens I can find of Duslia are much more circular in shape. This may be just a function of the preservation. The orange coloration is natural and due to the oxidization of iron pyrite.

There are also two small carpoid fossils present on the limestone.

Duslia bears many similarities to trilobites, and has sometimes incorrectly been referred to as a soft-bodied trilobite but its exact classification is still up to debate. Currently is placed in the superclass Arachnomorpha, order Cheloniellida but this is kind of a catch-all bin. It had a segmented body, was blind, and had fine, hook-like protrusions around the edges of its body. 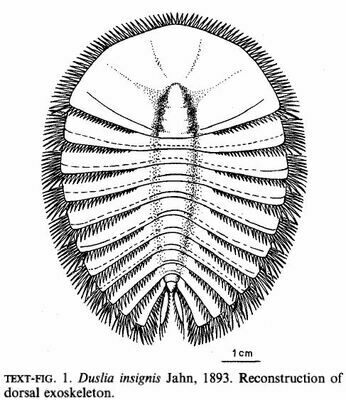 Carpoids were an unconventional looking organism. The vital organs of the animal were contained in a theca. Internal organs were surrounded by calcite plates. Depending on the species of carpoid, one or two ambulacrum extended from one end of the theca. These were appendages for filtering water for food. A mouth was located at the base of the ambulacrum if there was just one or between them if there were two. From the other end of the theca, the three section stele (“tail”) extended. This was used either for locomotion or to hold the organism in place if sessile. That is fixed in one location. It is thought that carpoids grew up to about 4 inches (10cm).
View All Soft-Bodied Fossils
SOLD
DETAILS
SPECIES
Duslia? & Unidentified Carpoids
AGE
Ordovician 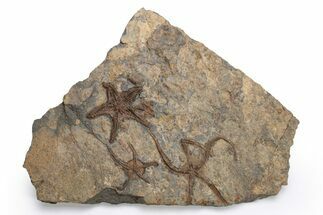