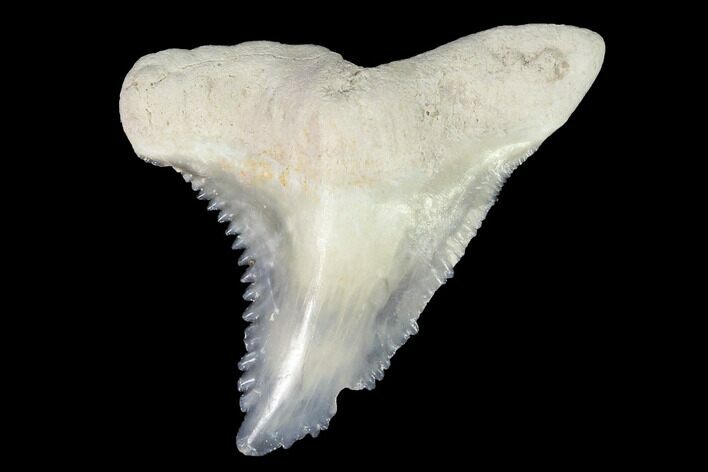 This tooth has some chipping of there serration along both edges and the tip (one edge being worse than the other). The root and enamel are still in great condition.