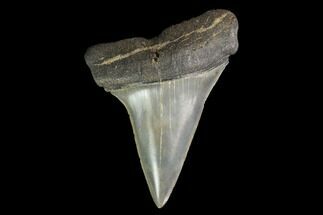 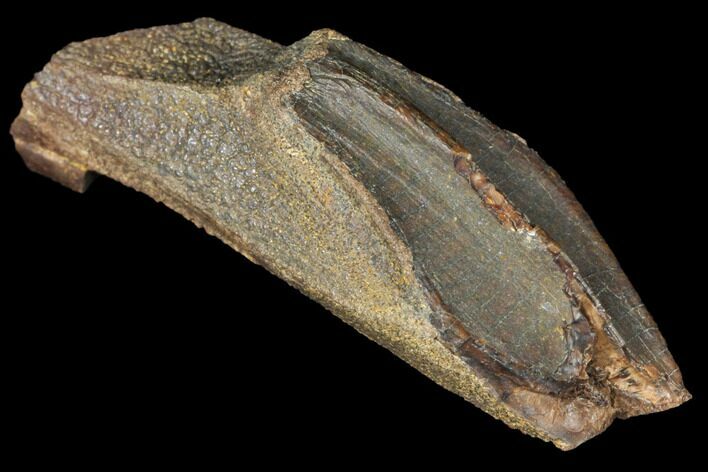 Here is a 1.05" long, partially rooted tooth from Edmontosaurus annectens a type of duck-billed dinosaur. These teeth without wear are far more uncommon than the frequently found, "shed teeth" that look like small blocks. It comes from the Cretaceous aged (66 million years) Hell Creek Formation in South Dakota This is the same formation that produces fossils of such well known dinosaurs as T-Rex and Triceratops.

The tip of this tooth has undergone some damage. Comes with an acrylic display case.