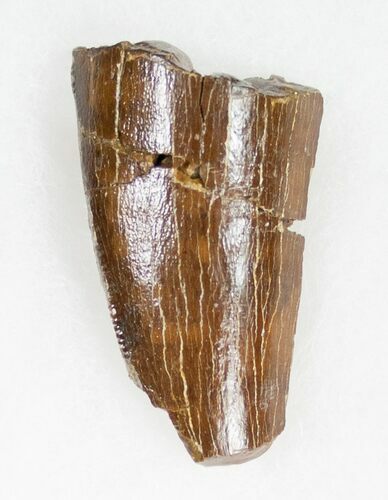 This is a partial tooth from the king of the dinosaurs, Tyrannosaurus rex or T-Rex. T-Rex teeth are by far the most collectable of the dinosaur teeth because of the name recognition of this iconic dinosaur. The tooth is 1.73" long with wonderful enamel preservation but the tip and one side of the tooth is missing. Some of the outer serrations are still very. This is true T-Rex tooth and not a tooth from the smaller tyrannosaurid at the quarry, Nanotyrannus. Comes with a riker mount display case. 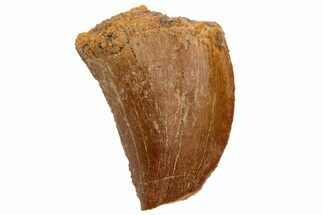 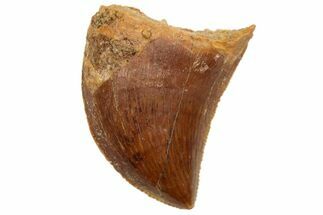