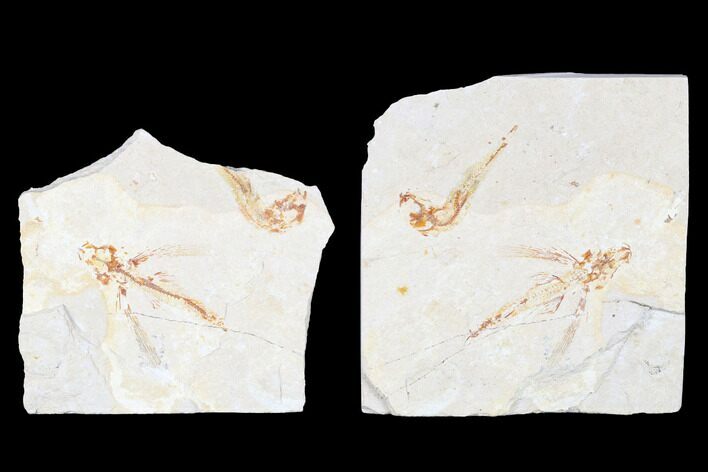 This is a 1.8" long example of the rare fossil flying fish (Exocoetoides sp.) that's associated with a small unidentified fish, quarried near Hakel, Lebanon. The detailed preservation on this specimen shows fins and fin rays, head, spine and tail. The limestone split beautifully, resulting in this positive/negative specimen, both halves of which are included.

There is a repaired crack through the one of the rock halves. Comes with acrylic display stands.

Exocoetoides is the smallest of all flying fishes and does not exceed 2.75" (7 cm) in length. They are actually not related to present day flying fishes that belong to a completely different and more evolved family. But, like present day flying-fishes it's thought that they were able to glide (fly) over the water to escape predators due to their body type.