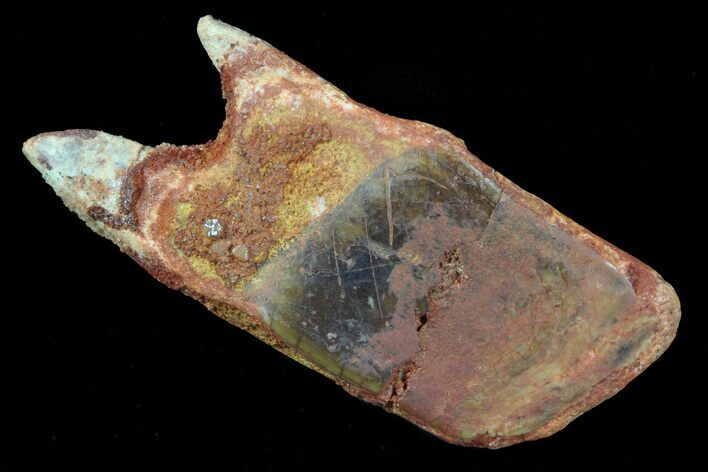 This is a scale of the Cretaceous aged Gar, L. pankowskii. Because these fish are only known from isolated scales and a few skull elements their exact classification is under debate. Previously they have been assigned to the genus Lepidotes, but this classification has been called into question.

There is a repaired crack through the scale.