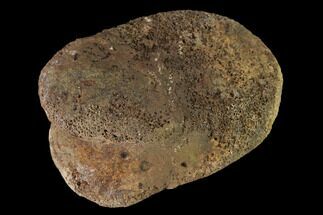 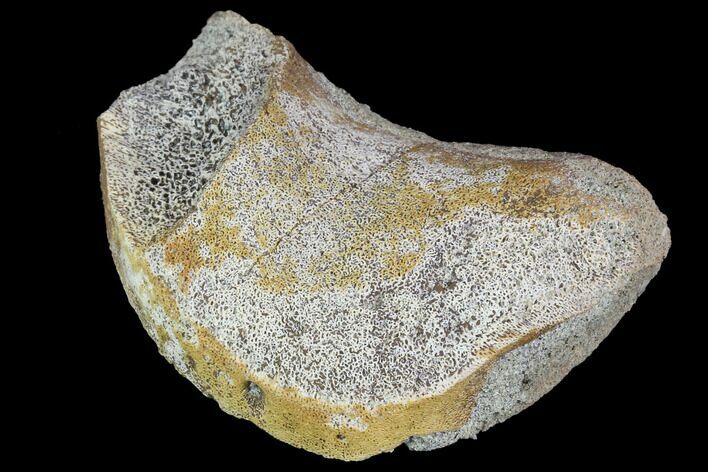 This is a beautifully nicely, 1.8" wide Hadrosaur toe bone from the Hell Creek Formation in Bowman, North Dakota. It comes from the species Edmontosaurus annectens and is Upper Cretaceous in age, 66 million years old.

A small portion of this bone broke free, however it left behind a window to view the beautiful bone cell structures within!