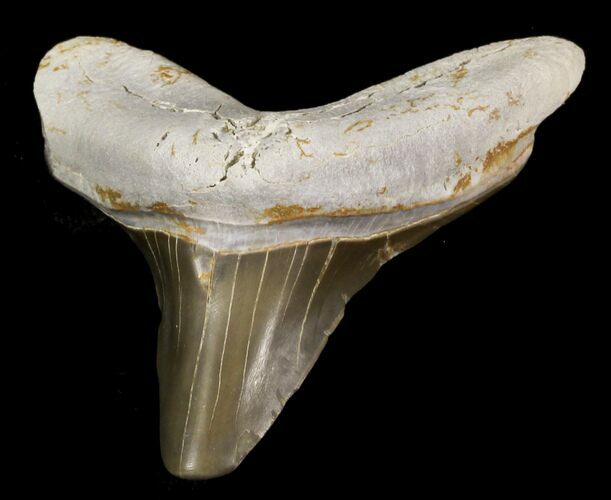 This is an 1.87" long fossil tooth of the shark Cretoxyrhina mantilli. It is Late Cretaceous in age and comes from the Smoky Hill Chalk in Gove County, Kansas. 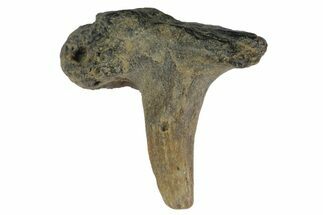