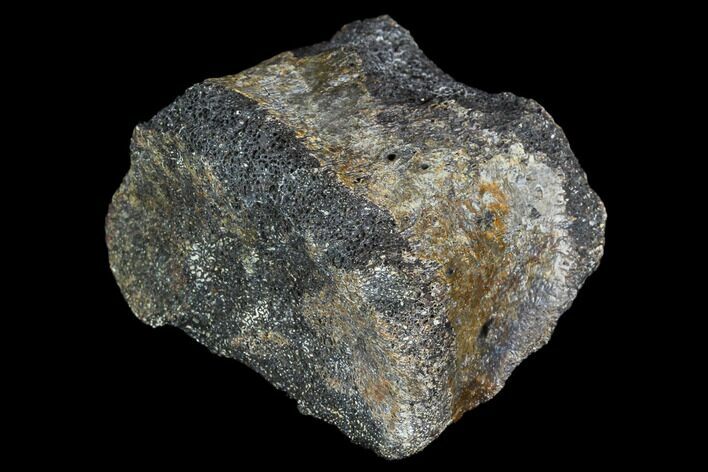 This is a 1.9" fossil phalange (toe) bone of a hadrosaur from the Aguja Formation, Texas. It is in good condition. This specimen is likely from the third toe of the foot.