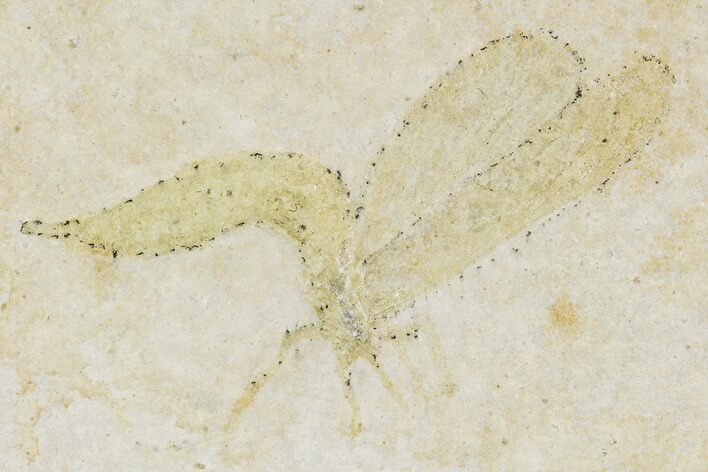 This is a 1.9" fossil Fly (Diptera) from Solnhofen Limestone, Germany. The detailed preservation shows wing venation, body and legs. This fly is of the sub order Nematocera. This is the group that contains craneflies and other elongated flies. The black dots outlining it are natural mineral formations, similar to dendrites. 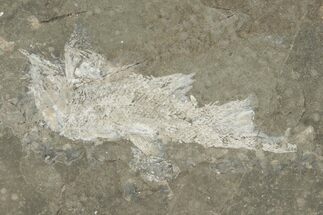 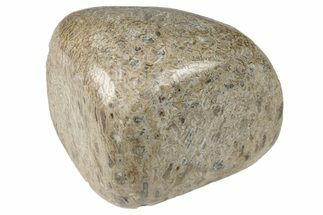