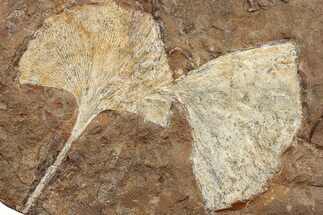 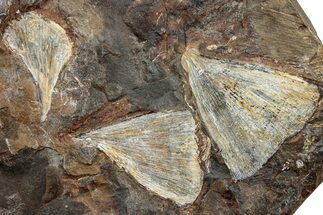 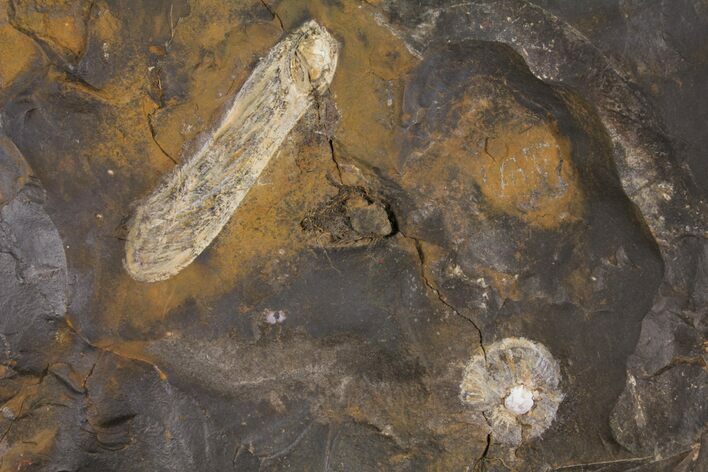 This is a beautiful samara (winged fruit) of the genus Acer sp., collected from the Sentinel Butte Formation of North Dakota. It's associated with a fossil fruit from the Juglandaceae (Walnut) family of the species Cyclocarya brownii. They are finely detailed and the light preservation contrasts well against the dark orangish-brown rock.

An Acer tree can vary in size between small and large, and are typically of temperate regions. Often called "maples", these trees produce drooping clusters of flowers, later forming the distinctive winged fruit that are typically produced in pairs. As seen by this seed, it has separated from its pair.

Cyclocarya brownii from the Paleocene of North Dakota, USA 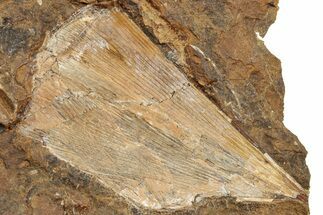 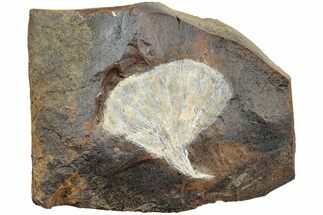 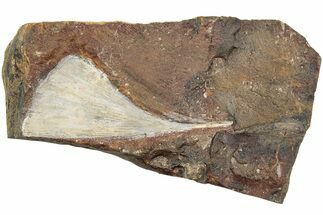 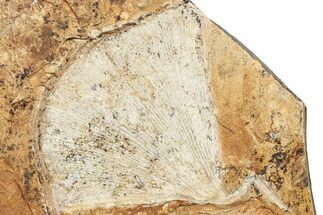 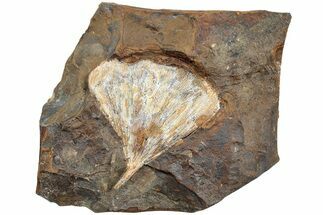