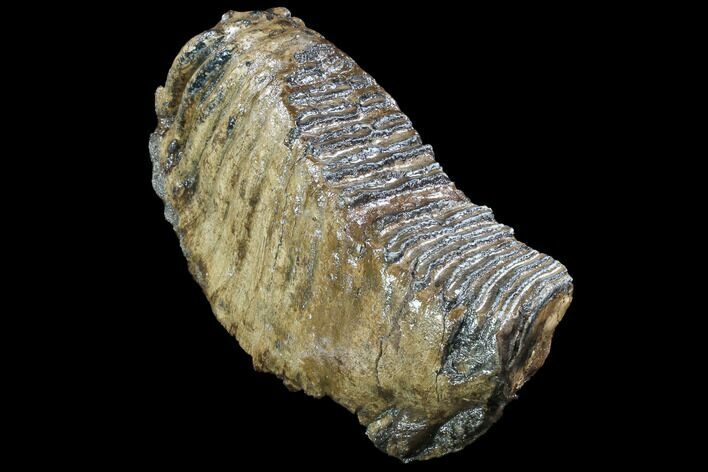 This is a large, 10.5" long molar of a Woolly Mammoth (Mammuthus primigenius) It comes from the Doggerland Bank in the North Sea and would be Late Pleistocene in age, around 40,000 years old. This molar is particularly well preserved for the North Sea material.