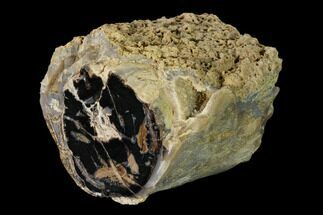 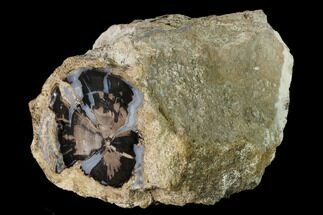 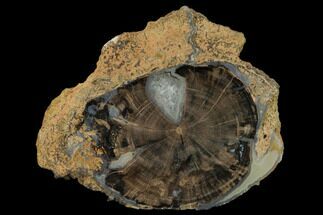 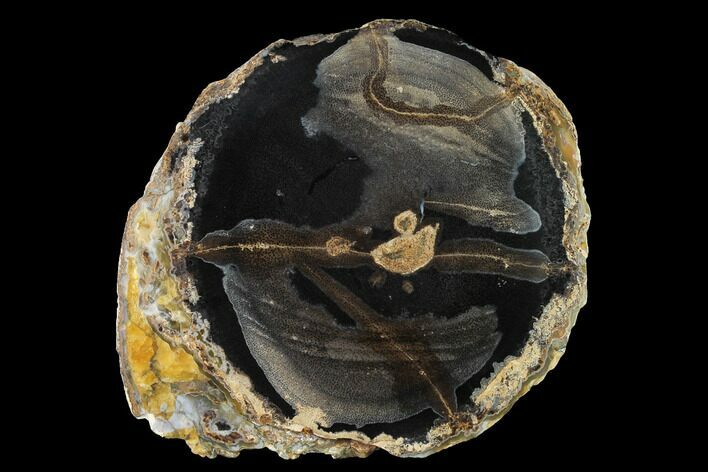 This is an exceptional, 10.55" wide, polished round of petrified palmwood from the famous "Blue Forest" in Eden Valley, Wyoming. It shows amazing grain detail and agate inclusions. It has been highly polished on one side by one of the top polishers out there. Small vascular bundles can be seen across the entire polished face, though they are best viewed under magnification. There is some crack stabilization in the piece. It comes from a collection we recently purchased a portion of, and is probably the nicest piece of blue forest palm we have seen.

It was formed when trees died and fell into a swamp where they were rapidly covered by algae. This formed casts that preserved the original bark surfaces and kept the trees from decaying. Eventually the algae casts and the spaces between them were filled in by minerals, often in exquisite, crystalline form.

Petrified wood is the name given to wood that has been turned into stone (fossilized) through the process of permineralization. All of the organic matter becomes replaced by minerals, while much of the original structure such as tree rings in retained. For this to happen the wood needs to be buried in an environment both low in oxygen (preventing decomposition) and with flowing, mineral-laden water. The coloration is due to the various minerals that are present during fossilization. For example red colors are due to iron compounds, greens due to copper, etc.
SOLD
DETAILS
SPECIES
Palmoxylon
AGE
Eocene (50 Million Years Old) 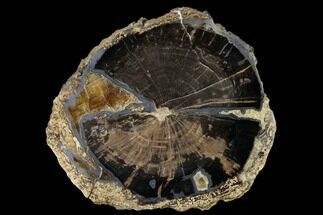 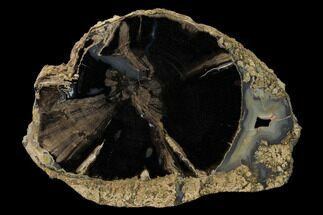 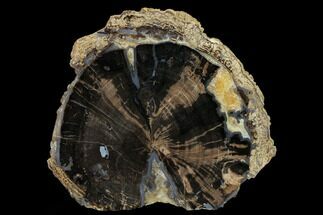 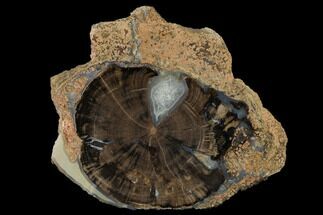 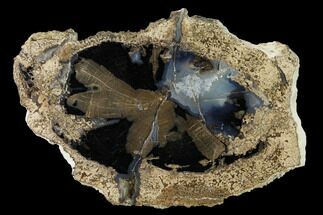 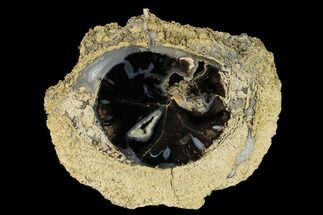