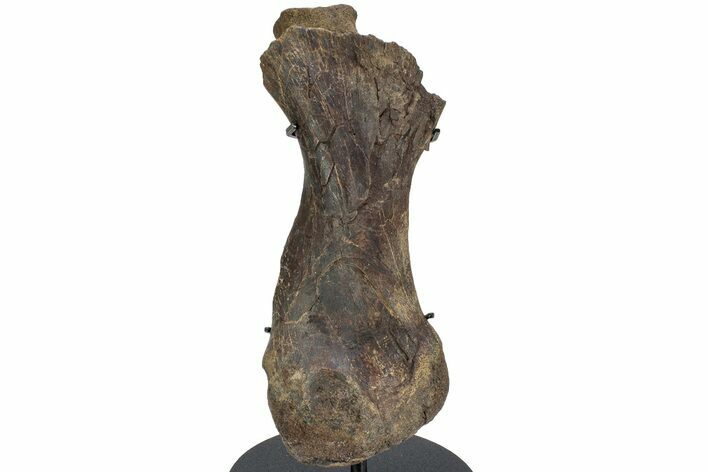 The bone underwent some crushing within the ground over the years, resulting in its warped shape. There is gap fill restoration in crushed regions where the bone wasn't recoverable. The proximal end has undergone some significant weathering. 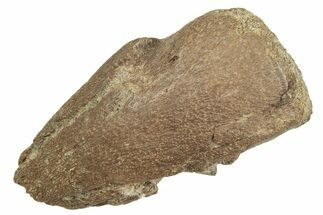