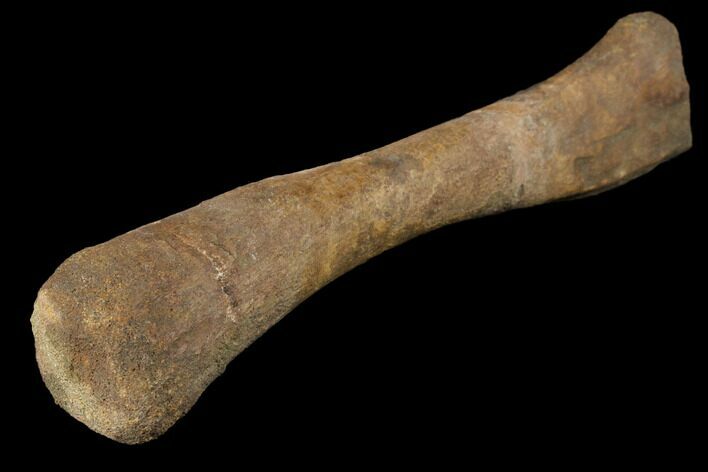 This is an 11.8" long ulna bone of Edmontosaurus annectens, a species of Hadrosaur more commonly referred to as a "duck-billed dinosaur". The bone was collected from the Hell Creek Formation in Carter County, Montana. There are about five repaired cracks through this ulna bone, however there is little to no restoration. The only restoration is gap fill within cracks where the bone crumbled following breakage. 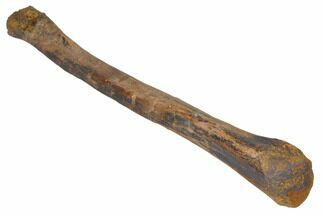