Fossils
Mammals
Horse
HERE ARE SOME OTHER SIMILAR FOSSILS FOR SALE 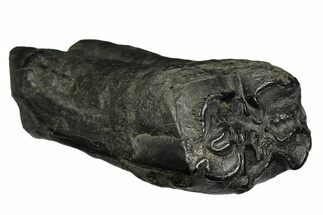 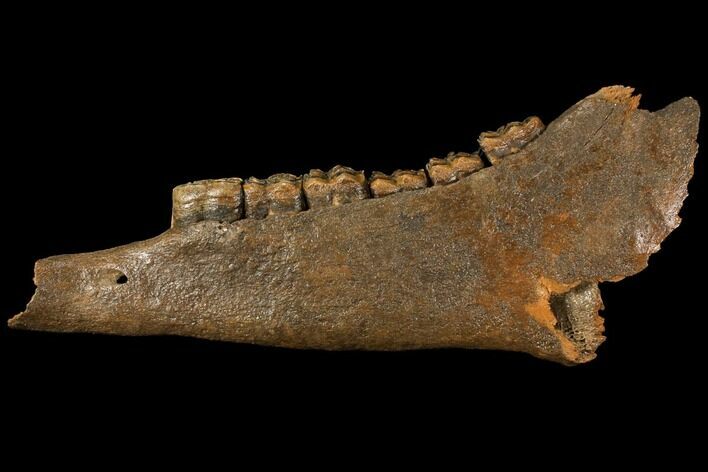 This is a 12.9" fossil lower jaw of a Pleistocene aged horse from the River Meuse (Maas). Six molars are still in place in the jaw section. This specimen comes from the left mandible of a juvenile individual.

These Pleistocene fossils are dredged up by fishing trawlers in the the North Sea between Britain and Denmark. Fishermen routinely find mammoth teeth and many ice aged fossils in their nets and given the chance that a fossil is accidentally gathered in a net is slim the sea floor is probably littered with the remains of millions of animals. The cold temperatures and low oxygen of the North Sea has created the perfect environment for the preservation of teeth and bones. 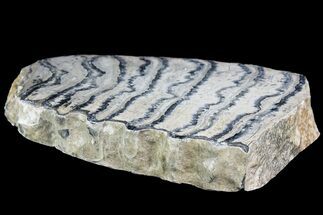