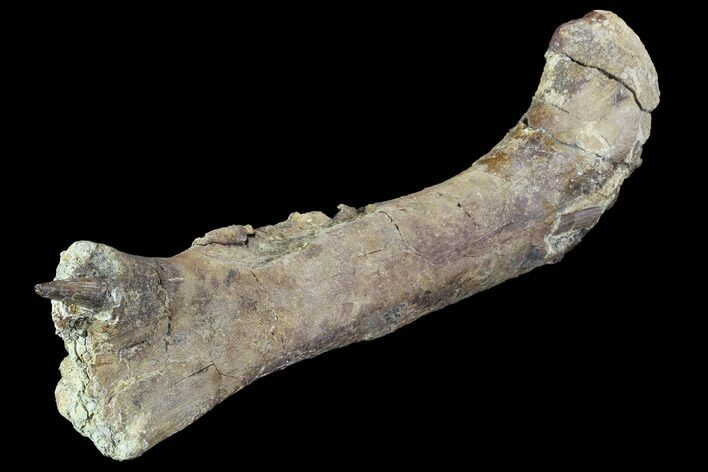 This is one of those fossils that really tells a story. It is a 13" long femur of a Hadrosaur with a large bite mark on one end. On the other end there is a crocodilian tooth (Goniopholis) in plate and a fossil crocodile scute on the other side. The tooth and scute are in their natural place and have not been composited onto the piece.

This was collected several weeks ago from the Late Cretaceous, Aguja Formation in Texas. There are several repaired/stabalized cracks in the piece but no restoration.