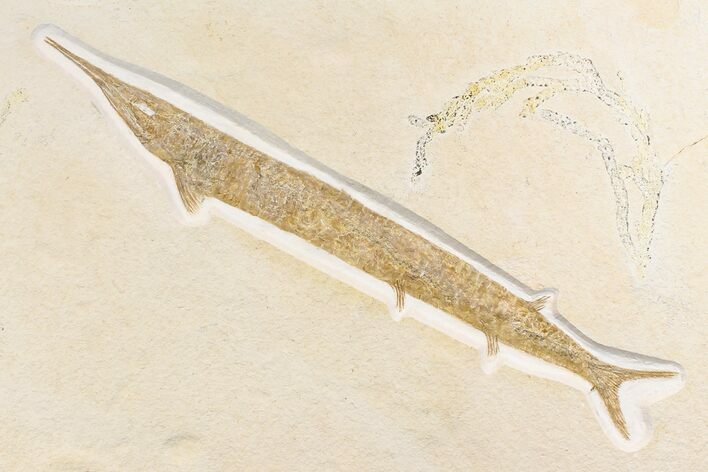 This is a 14.3" long fossil fish (Belonostomus) from the Solnhofen Limestone, Eichstatt, Germany. It is well preserved and shows amazing detail. Scales, fins, and teeth are all visible. Under magnification, the details become more striking. It's nicely centered on the thick slab of limestone associated with two conifer plant (Brachyphyllum) fossils.

Belonostomus is an extinct genus of fish from the Jurassic and Cretaceous periods. It was a slender, high speed predator about two feet long. It had a long pointed snout lined with sharp teeth for catching prey. Belonostomus can be identified by its long body and pointed bill, heavy scales and symmetric tail. it was related to the modern bowfin.