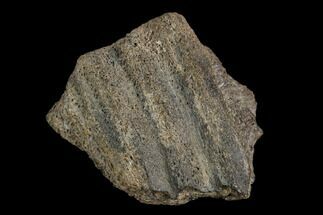 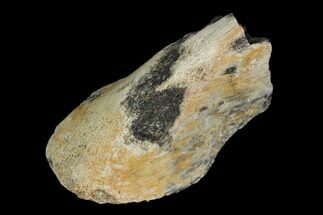 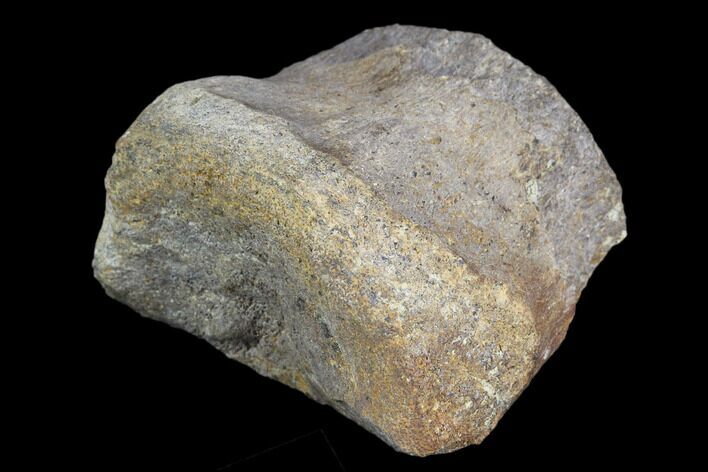 This is a 2.1" fossil radius bone section of a hadrosaur from the Aguja Formation, Texas. It is in good condition. This specimen is the proximal end that engages the humerus at the elbow. 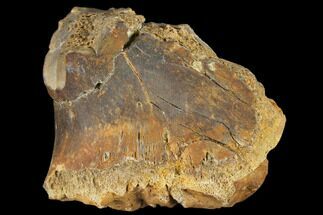 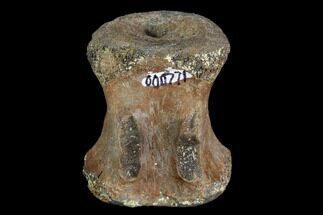 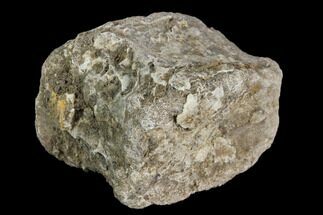 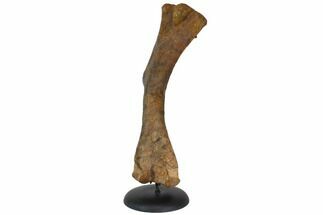