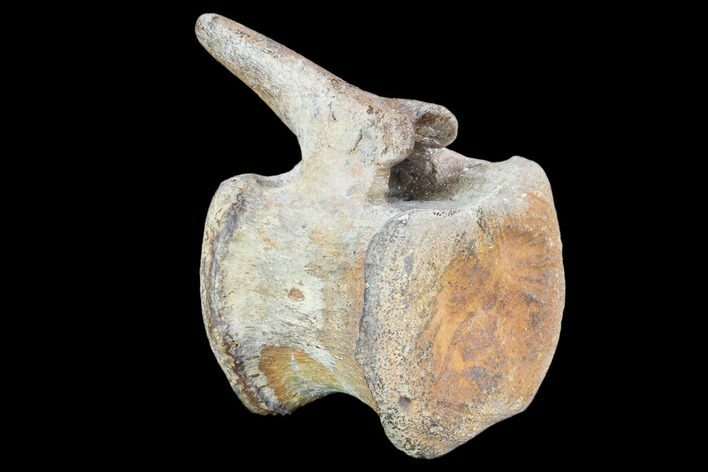 This is a 2.6" tall caudal (tail) vertebra of a Hadrosaur, from the Hell Creek Formation in Glendive, Montana.