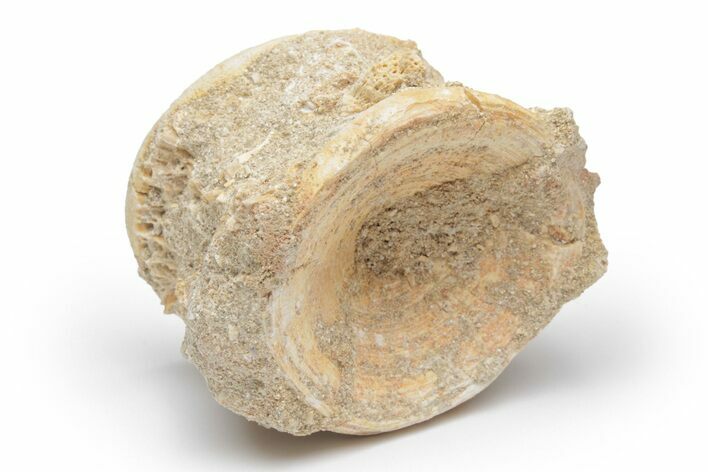 This is a vertebra that likely belonged to the Cretaceous bony fish, Enchodus. The vertebra is still partially encrusted in the rock it was found in which also contains bits of other marine fossils.

Enchodus flourished during the Upper Cretaceous and was small to medium in size. One of the genus' most notable attributes are the large "fangs" at the front of the upper and lower jaws and on the palatine bones, leading to its misleading nickname among fossil hunters and paleoichthyologists, "the saber-toothed herring". These fangs, along with a long sleek body and large eyes, suggest Enchodus was a predatory species.
FOR SALE
$15
DETAILS
SPECIES
Enchodus sp?
AGE
Upper Cretaceous 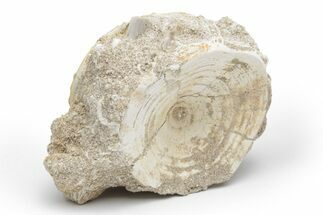 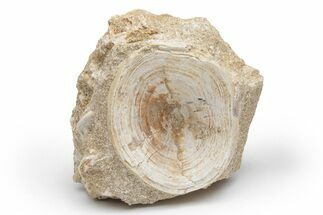 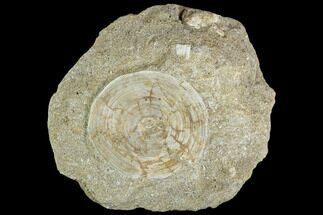 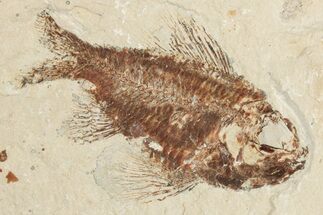