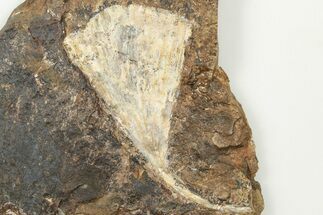 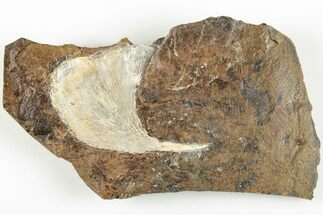 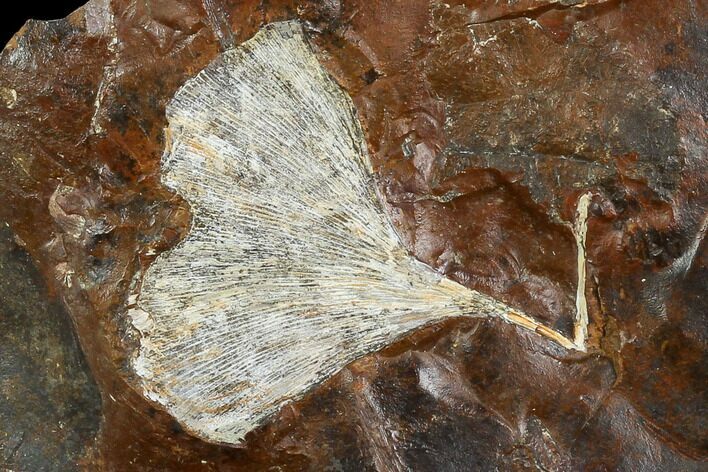 This is a beautiful fossil Gingko leaf (Ginkgo adiantoides) from the Sentinel Butte Formation of North Dakota. It is finely detailed and the light preservation contrasts well against the dark orangish-brown rock. Comes with an acrylic display stand. 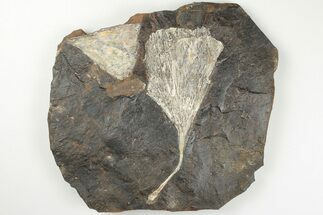 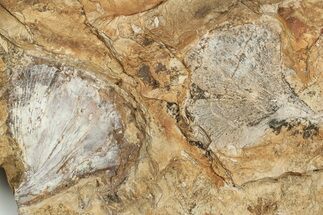 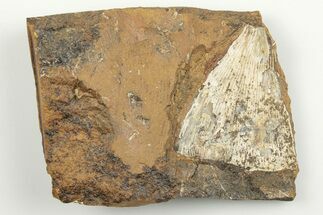 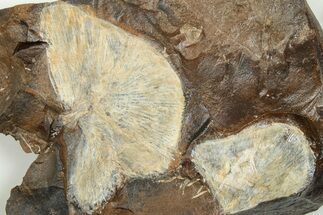 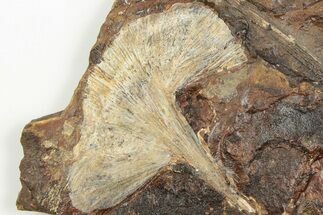 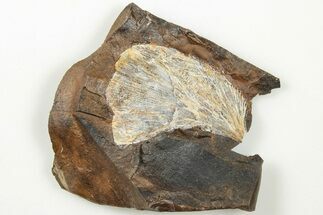