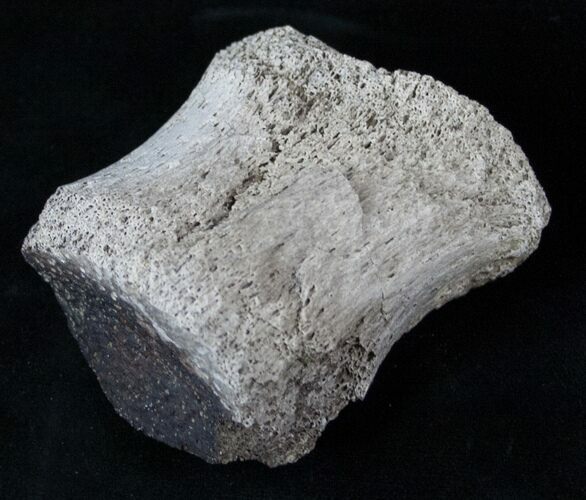 This is a 2.65" long hand digit of Edmontosaurus annectens a type of Hadrosaur. It was found in the Hell Creek Formation of Montana. The exterior surface is fairly eroded but it has no repair or restoration.