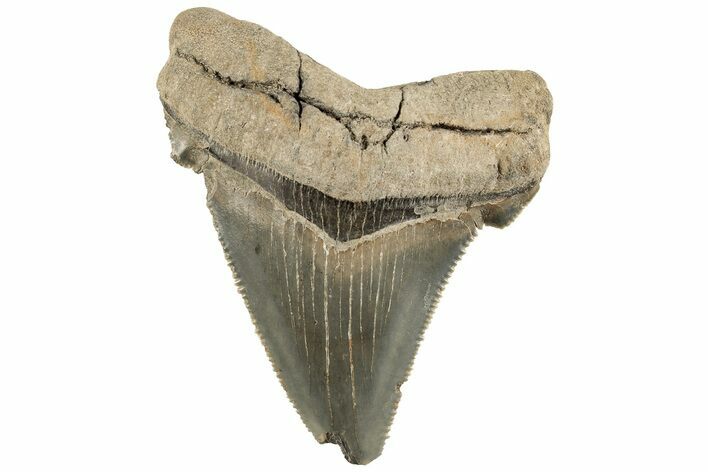 This is a massive, serrated, Carcharocles angustidens shark tooth. Angustidens is believed to be an ancestor of the fearsome Megalodon shark, though it did not grow nearly as large. 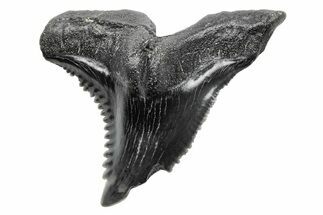