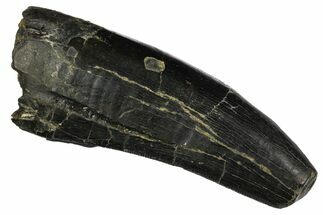 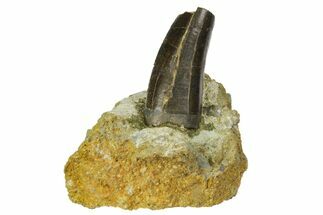 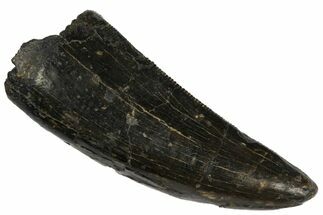 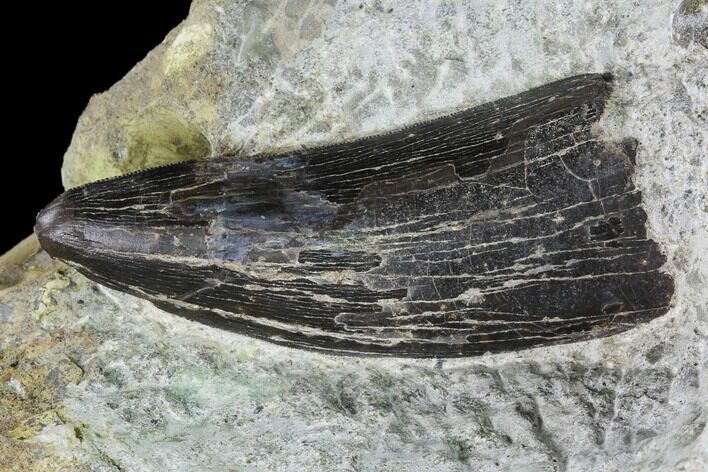 This is a beastly, 2.46" Tyrannosaur tooth still partially embedded in the hard sandstone that it was found in. It was collected recently from the Two Medicine Formation in Pondera County, Montana. While there are three known Tyrannosaurs (Daspletosaurus, Gorgosaurus and Albertosaurus) from the formation and their teeth are statistically impossible to tell apart, the sheer size of this tooth makes it most likely to be Daspletosaurus.

The serrations on the tooth are fairly worn as most the the fossils found in this hard rock layer are tumbled. The only restoration is some gap fill in the repaired crack near the tip. The rock stands up nicely on a flat surface making for an impressive display. We could trim the rock down a little bit upon request.

There are three described Tyrannosaurs from the Two Medicine Formation & Judith River Formation, Albertosaurus, Gorgosaurus and Daspletosaurus. Research done on teeth from these three Tyrannosaurs has concluded that isolated teeth are statistically impossible to assign to a specific genre because they are so similar.

The Two Medicine Formation is a geographical formation in Central Montana and Southcentral Alberta, Canada and is named for the Two Medicine River in Montana. The formation is predominantly sandstone laid down by rivers and deltas during the Campanian Age of the Cretaceous about 80-75 million years ago. Approximately two thousand feet thick on the western edge, it lies on top of the Virgelle Sandstone formation and under the Bearpaw Shale. It is located between the Front Range of the Rocky Mountains and the Sweetgrass Arch, a tectonic fold feature 40-90 miles east of the Front Range. It is analogous to the Judith River Formation but remains a separate feature. 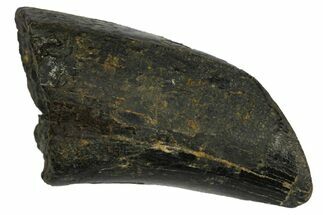 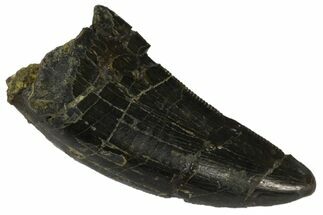 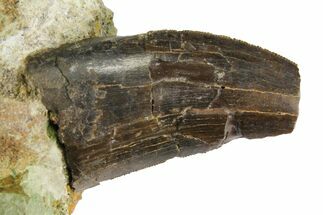 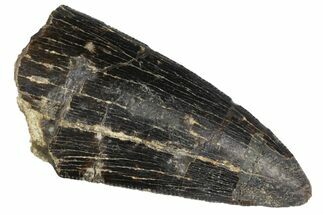