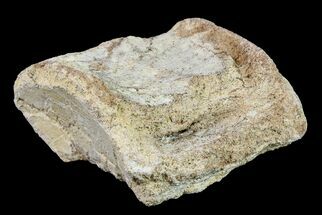 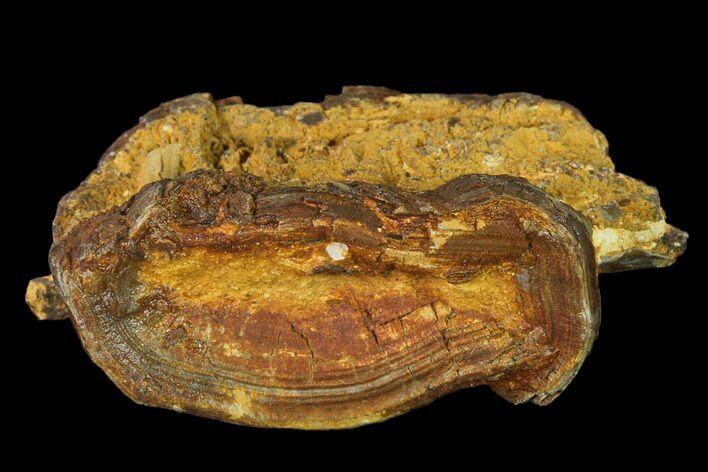 This is a 2.5" wide fossilized vertebra of a large Cretaceous swordfish (Protosphyraena sp.). It was collected from the Smoky Hill Chalk in Gove County, Kansas. 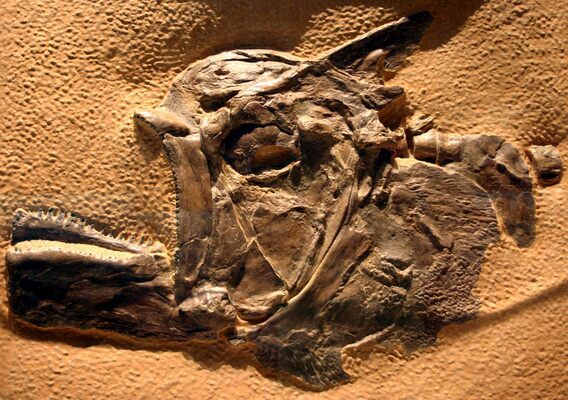 The Smoky Hill Chalk Member of the Niobrara Chalk formation is a Cretaceous conservation Lagerstätte, or fossil rich geological formation, known primarily for its exceptionally well-preserved marine reptiles. It outcrops in parts of northwest Kansas, its most famous localities for fossils, and in southeastern Nebraska. Large well-known fossils excavated from the Smoky Hill Chalk include marine reptiles such as plesiosaurs, large bony fish such as Xiphactinus, mosasaurs, pterosaurs, and turtles.
SOLD
DETAILS
SPECIES
Protosphyraena sp.
AGE
Late Cretaceous (83 Million Years)