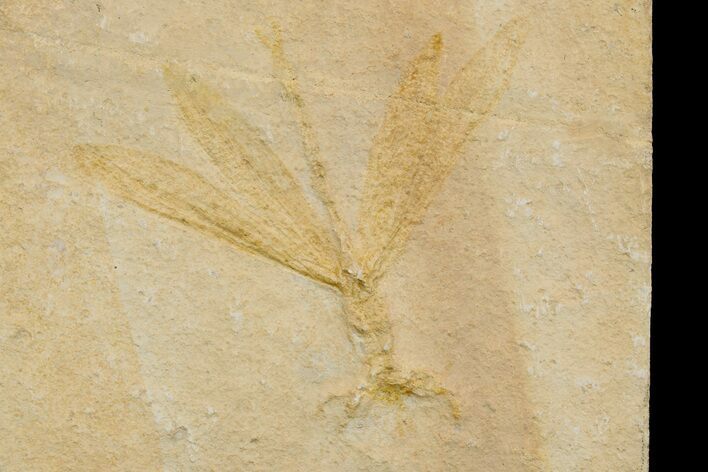 This is a 2.5" long fossil dragonfly (Tharsophlebia exima?) from the Upper Jurassic Solnhofen Limestone of Germany. Complete fossil dragonflies are fairly rare finds in this formation and there are several species present.

This particular specimen has quite a bit of relief against the rock. The wings are folded in towards the body but it would have had a wingspan of about 3.5". It's nicely presented on a small, rectangularly cut slab of limestone.