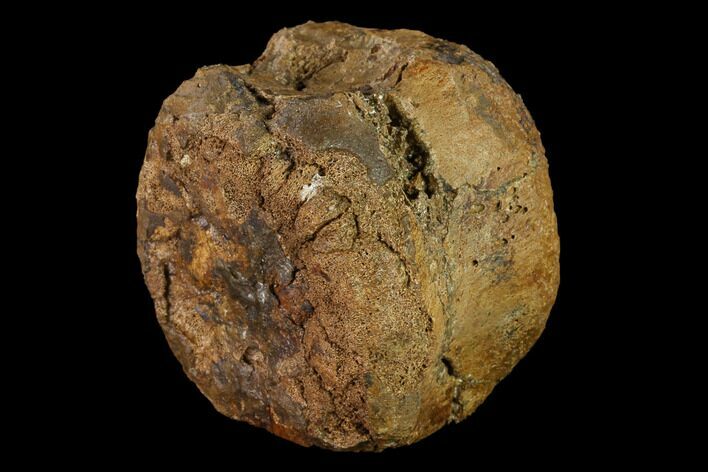 This is a caudal vertebra centrum of a hadrosaur (Edmontosaurus) from the Hell Creek Formation of Harding County, South Dakota. There are repaired cracks through this centrum and portions of the bone cortical bone have weathered away, revealing the beautifully preserved bone matrix within.