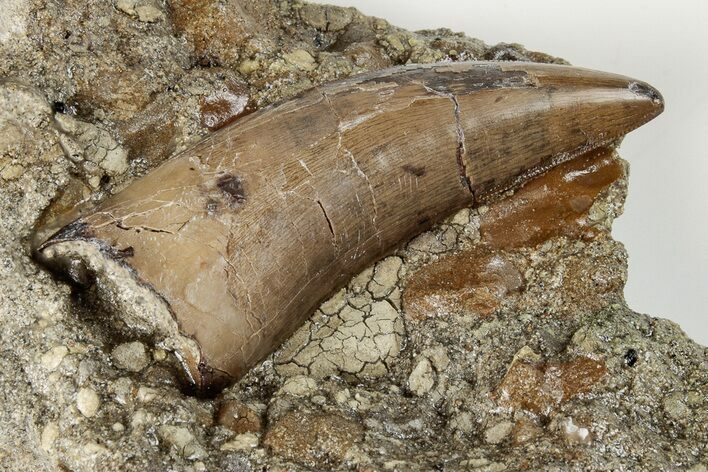 This is a beautiful, 2.52" long serrated Tyrannosaur tooth collected this summer from the Judith River Formation of Montana. This formation is approximately 70 million years old, or about 5 million years older than the Hell Creek Formation which produces T-Rex. It has been almost entirely exposed from the rock it was found in, though a significant amount of rock was left in place for an in situ presentation.

The tooth has nice enamel preservation, fine serrations on both edges of the blade and very minor tip wear. There are two repaired cracks through the tooth where the rock and tooth broke during collection. The rock has been stabilized with glue to prevent further breakage of both the tooth and rock. 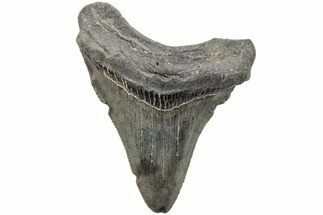