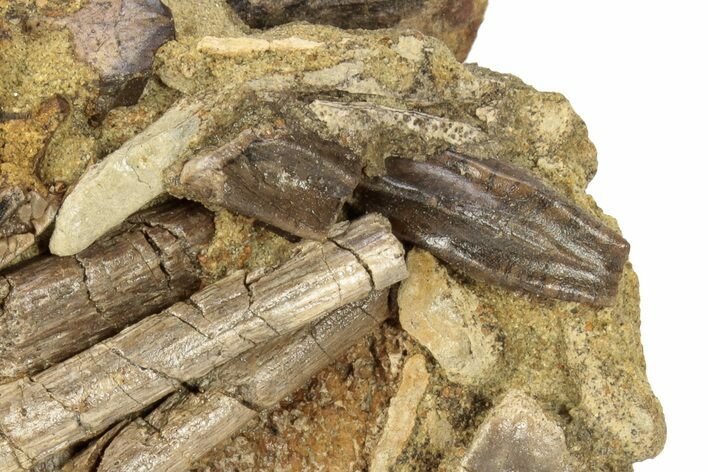 This 2.6" wide piece of sandstone from the Lance Creek Formation of Wyoming covered in dinosaur bone pieces and a couple Hadrosaur (Edmontosaurus) teeth. There is also what appears to be ossified tendon in the center of the piece. 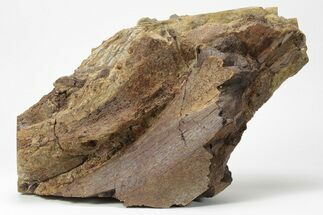