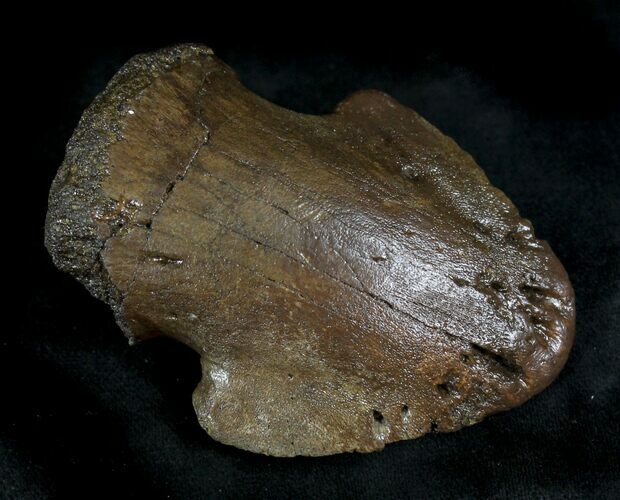 This is a nicely preserved ungual (foot claw) from a Edmontosaurus annectens. Edmontosaurus more commonly referred to as a "Duck-billed Dinosaur" It's 2.6" long with amost no surface erosion. The very tip of it has been restored.