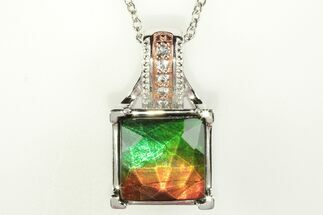 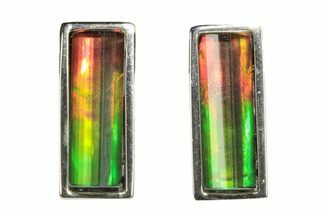 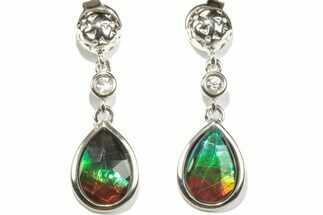 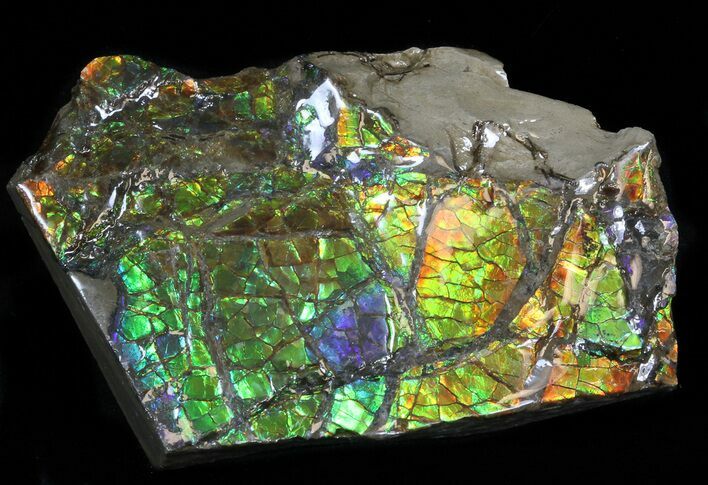 This is a 2.7" wide section of brilliant, iridescent ammolite from the Bear Paw Shale of Alberta, Canada. It has wonderful, green, red, orange, and even blue hues that shine differently depending on what angle the specimen is viewed from. Blue is one of the rarer colorations to see in ammolite. A really beautiful piece. 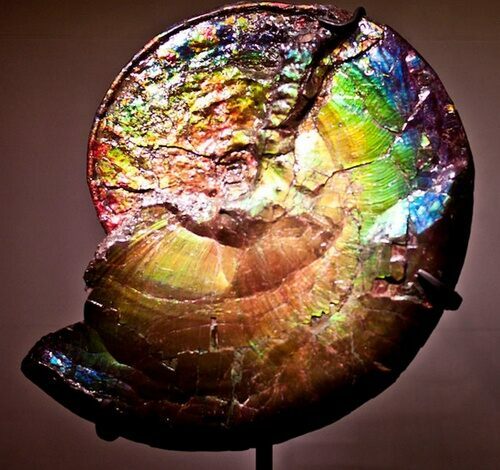 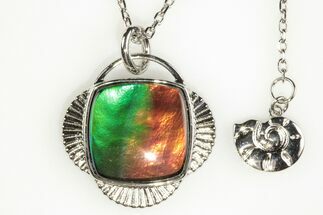 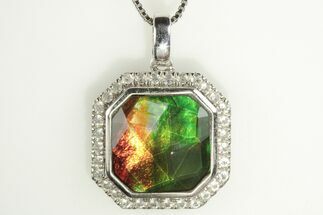 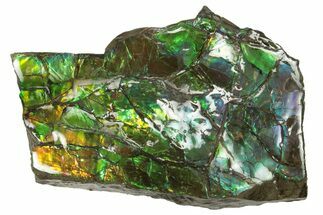 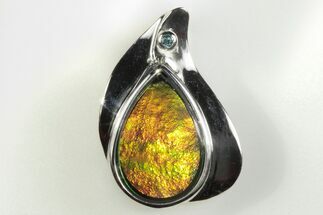 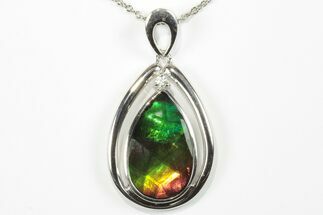 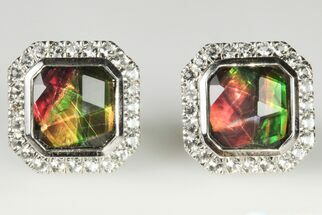