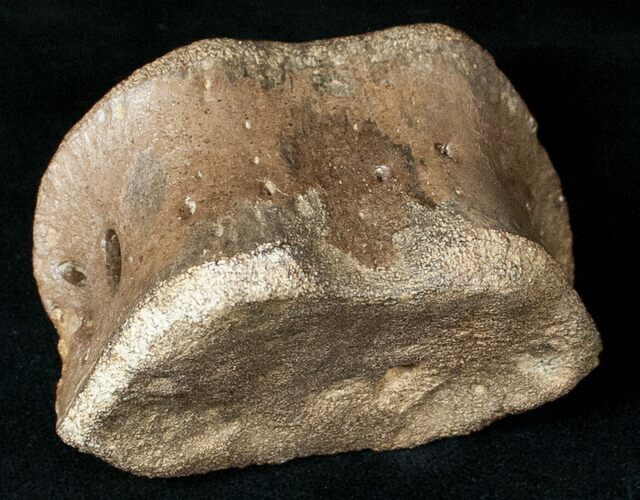 This is a partial 2.78" wide vertebrae of Edmontosaurus annectens a type of Hadrosaur. It appears to be either a sacral vertebrae or one from the base of the tail (post-sacral caudal) It was found in the Hell Creek Formation in Carter County, Montana. The bone has quite a bit of weathering which complicates the identification of position. It has beautiful areas of the shiny, smooth outer bone remaining. The dorsal portion has eroded away and all that remains is the vertebra body.