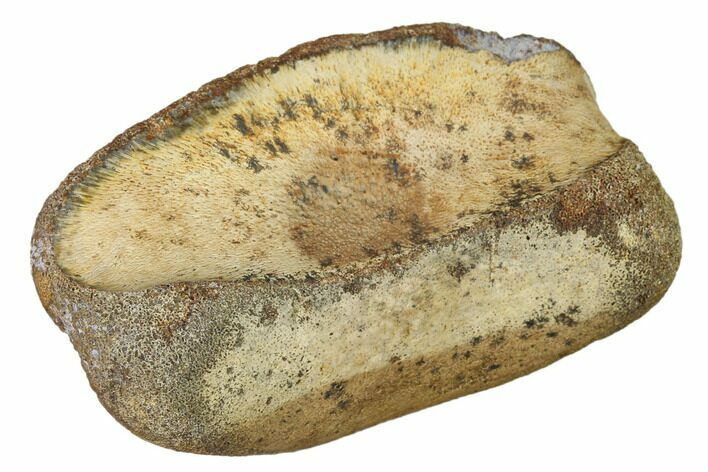 This is a 2.8" wide Hadrosaur phalange (toe bone) that was collected from the Two Medicine Formation of Montana. It was collected this spring and is still in great condition. The preservation detail is excellent with some minor weathering along the edges and a chip along the proximal-ventral edge of the bone. There is no repair or restoration to this specimen.