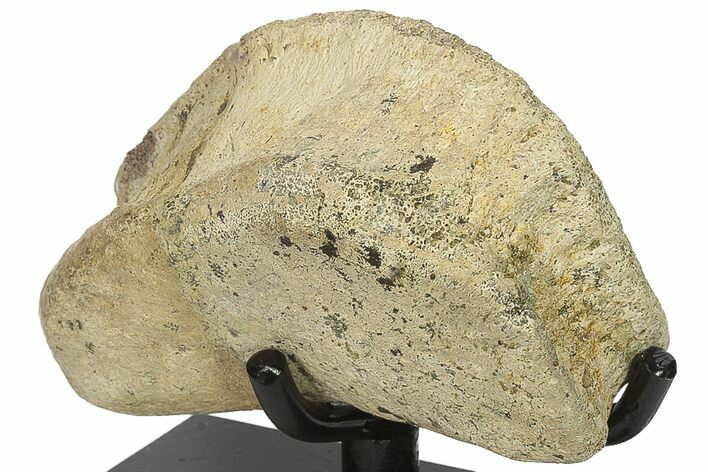 This is a 3.9" wide Hadrosaur (Edmontosaurus) toe bone that was collected from the Hell Creek Formation in Montana. There is a repaired crack that runs through the bone along its sagittal axis, requiring some minor gap fill restoration where the bone crumbled along the break.

This toe bone comes with the pictured metal display stand.