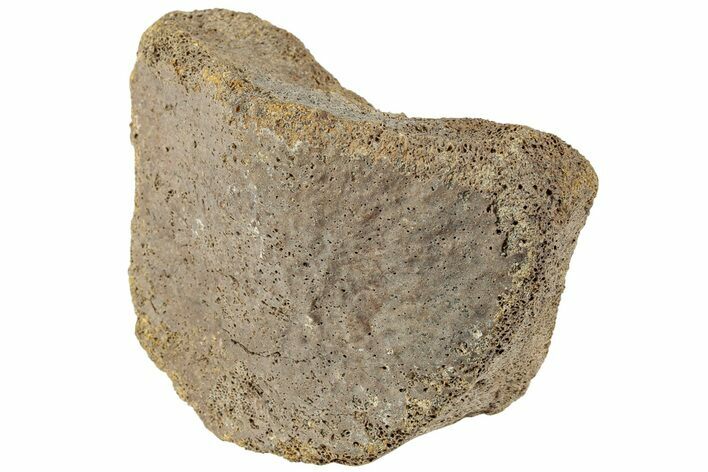 This is a nice, 2.9" wide, phalanx (toe) bone of a hadrosaur (Edmontosaurus annectens), collected from our partner's lease on the Lance (Creek) Formation in Niobrara County, Wyoming.

There is some weathering and natural fracturing, however there is no repair or restoration.