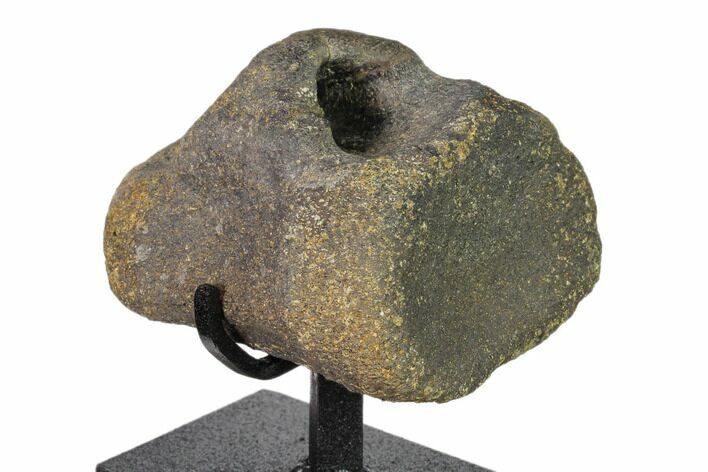 This is a nicely preserved, 2.9" tall Hadrosaur (Hypacrosaurus sp.) caudal vertebra from the Two Medicine Formation of Montana. It was collected this last spring and has been nicely prepared from the hard rock surrounding it.

The centrum of the vertebra has weathered away around the edges and ventral side, revealing the bone cell cavities. There is a natural fracture through the vertebra that didn't require any crack repair. There is restoration to one half of the lamina of the vertebral canal where the bone wasn't recoverable.