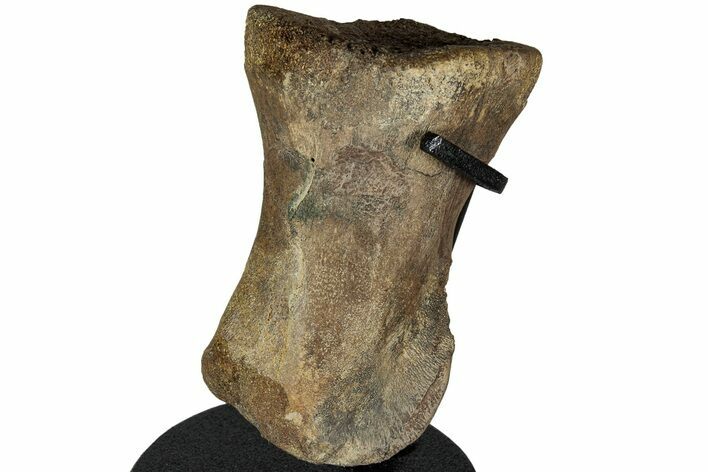 There is a repaired crack through the bone which required some spots of gap fill restoration. Restoration can also be found at the distal point of articulation along the left-inferior edge.