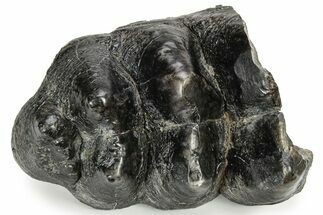 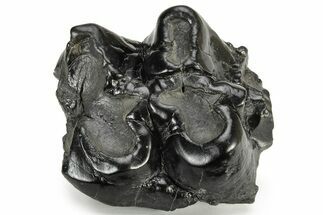 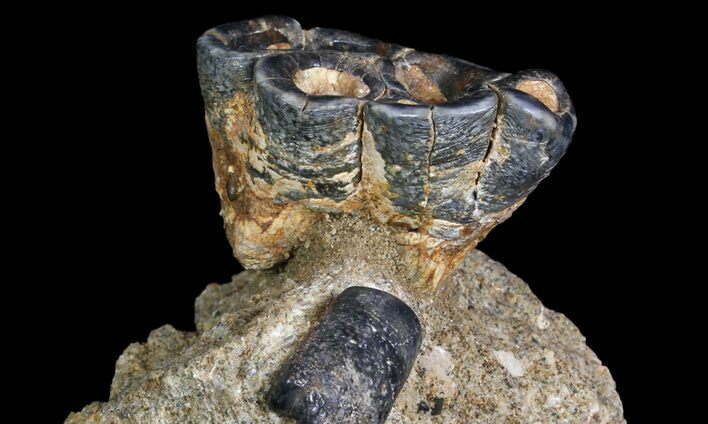 This is a nicely preserved and large example of a molar of Desmostylus hesperus an extinct Hippopotamus-like animal. This odd looking tooth was collected from the Miocene aged Temblor Formation in California. It is still partially embedded in the rock that it was found in. 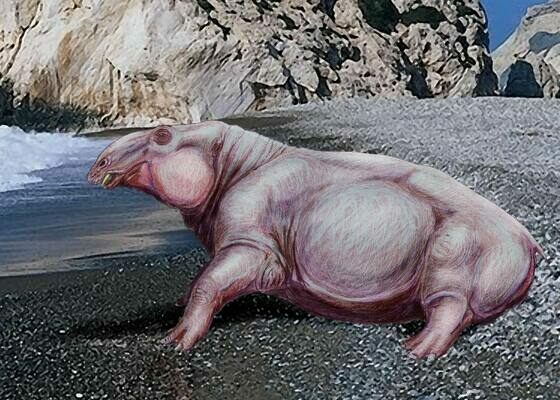 
Desmostylus was most likely amphibious and probably lived in shallow water of coastal regions. This is based on studies of the isotopes in it's teeth and bones that indicate it's diet was mainly aquatic freshwater plants. It's was a large animal reaching sizes of about 6 feet long and 450 pounds. It had a short tail and powerful legs with four hooves. Both the creature's jaws were elongated and sported forward-facing tusks, which were elongated canines and incisors. 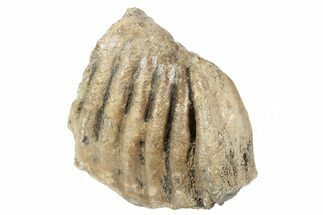 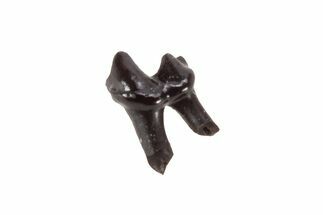 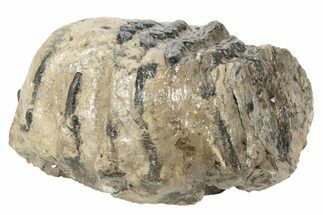 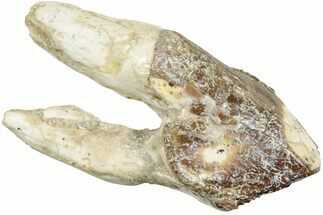 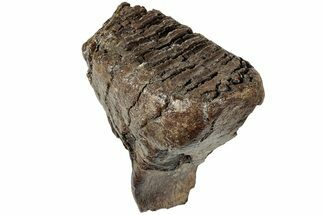 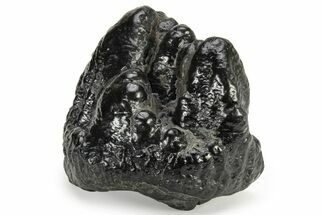